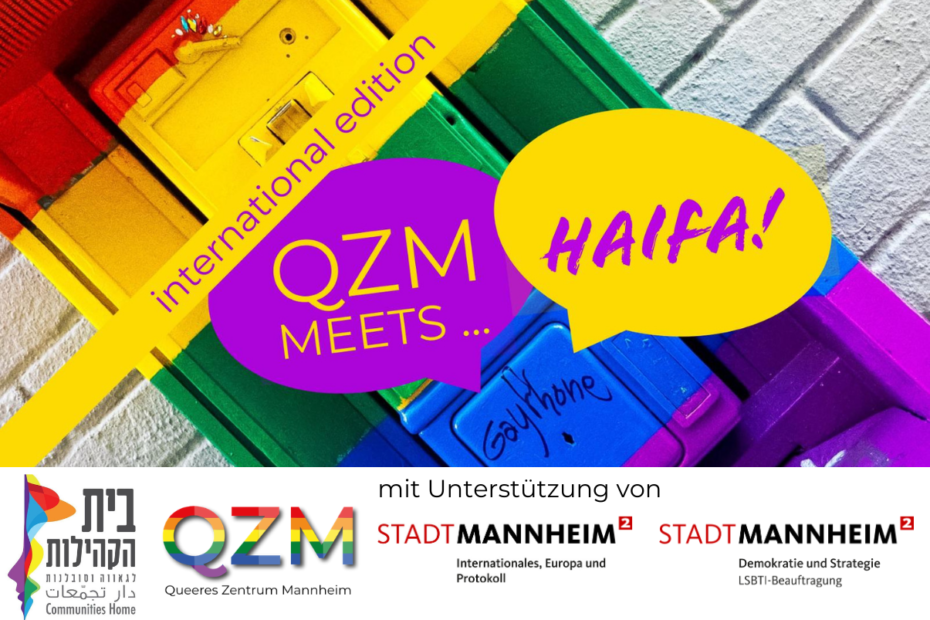 The Queer Center Mannheim(QZM) is talking to Arnon Allouche from the ‚Communities House for Pride and Tolerance‘ in Haifa, Israel.

We are speaking about the center’s history, the movements it was born from, how it is operating today and what future plans are in the making.

Vanessa Kinzebach from the QZM is interviewing Arnon Allouche, leader of the ‚Communities House‘, and the two youth members Asaf and Yahav about their daily activities in the center and thoughts on the future.

In this video you can view the english Version of the interview that was held in hebrew and german simultaniously in January 2021. The idea behind the interviews is to learn from other queer centers about how to build up and operate a center.

We are happy to introduce education mayor Dirk Grunert for the city of Mannheim at the beginning of the interview.